In WIM applications we use sensors to get the signal which can be evaluated and interpreted as vehicle weight. It is, indeed, one of the most important components of the WIM systems, and also probably the most discussed one. Let’s have a look at its dimensions. Are there ideal dimensions of WIM sensors? 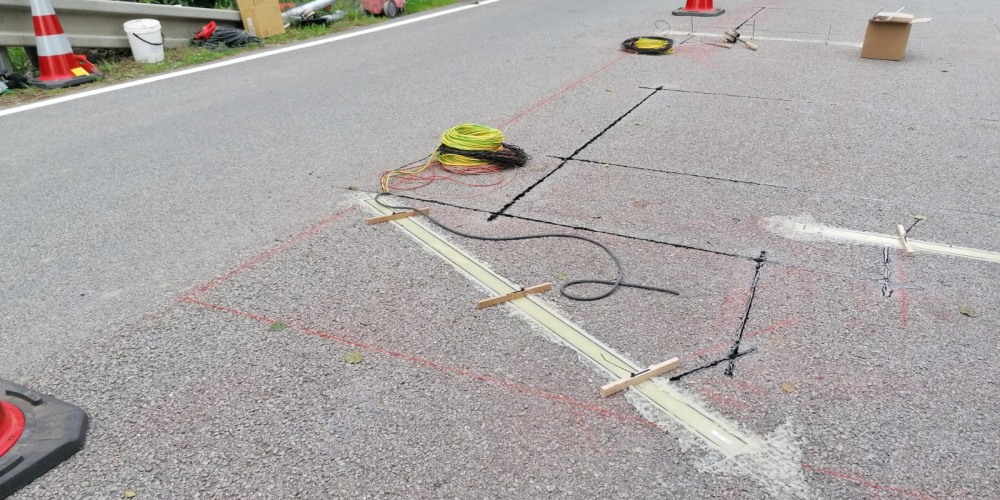 Under perfect conditions, it may seem that this does not matter as the pavement is deep enough to be significantly influenced by the sensor height. However, real life is often far from perfect, just like the roads for WIM installation. No matter how much emphasis is on the road quality defined in COST 323 (read more) or in similar specifications and standards.

According to in-the-field experience, the following general rules apply:

However, reducing the thickness of the pressure sensor is a serious technological challenge. In this regard, quartz technology appears to be the most advantageous. The very thin quartz elements generate an electrical signal proportional to the wheel pressure without the need for a mechanical transducer with a large - and thus bulky - design, such as strain gauges and optical sensors. As a result, the abrasive layer may be thicker (8 to 12 mm) while maintaining a favorable height of the entire sensor (40 to 50 mm).

The wider the WIM sensor is, the more accurately it can measure. For example, the sensors using a technology of load cells are usually around 50 cm wide. That is enough to have the whole wheel surface on the sensor at some point and to minimize the influence of an uneven road around it. So is the best sensor the widest one? Not necessarily.

Installation of such sensors can be problematic. Even more importantly, the stiff sensors don’t bend as much as the relatively flexible road, which negatively impacts the lifetime of both. Also, the road surface wears down faster than the sensor surface. Ruts appear in the pavement and the vehicle’s smooth ride is harmed. The vehicle is moving vertically when entering the sensor. That means greater dynamic forces - and a greater measurement error.

It appears that the best way to go could be a compromise (50 to 100 mm) between the large dimensions of the load-cell sensors and the width of most common strip sensors today (<50 mm) .

Flexibility in the length of provided sensors facilitates deploying them at various roads which differ in width or to cover even the road shoulder. The possibility of applying sensors of various lengths (500 to 2,500 mm) therefore helps achieving the so called "free-flow" measurement. Although, SW support for measurement and its validation is of even higher importance to this functionality than the sensor layout (read the article on this topic).

Ideal characteristics of WIM sensors cannot be easily defined. The conditions under which the sensors are used are typically not ideal either. The perfect build would also depend on the materials of the road, on the traffic composition, on the WIM application, etc.

However, there are certain rules that we can apply when trying to come up with the best sensor in terms of dimensions. It would have a very low profile, would be wider than commonly used strip sensors but not too wide. The length should be variable in order to adapt to specific sites.

Significant number of violation drop in the first months

One overloaded truck causes as much damage to the roads as almost 30,000 passenger cars. Weigh-In-Motion by CAMEA represents a solution to this by monitoring and eliminating such trucks. In addition, it contributes to traffic fluency and road safety.