Kenya leads the way in axle load control and management automation in East Africa, as it is the first country in the region to implement the Weigh-In-Motion technology countrywide; now observing positive impacts of the system deployment. 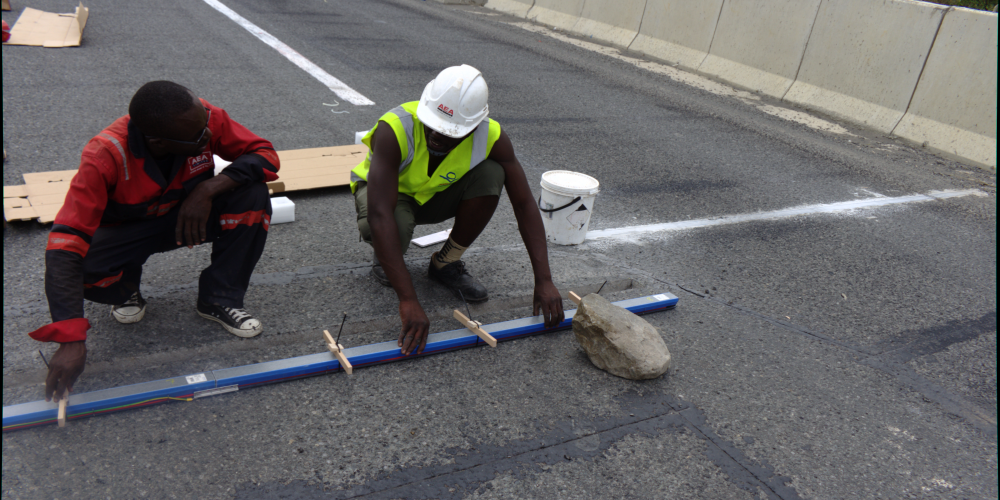 Equipping the weighbridge management infrastructure with Weigh-In-Motion represents a step towards better roads, fluent traffic and improved road safety. Kenya National Highways Authority took up the onerous journey of automating and removing the human hand at the weighbridges from the year 2013. The authority started by installing high speed Weigh-In-Motion selection/filter at four of the weighbridges along the northern Corridor of Mombasa – Malaba. This involved the use of bending plate technology. In the year 2017, three of those were replaced by five CAMEA piezoelectric sensor and loop systems.

Owing to the expansive road network across the country, it was realized that it was never going to ever be possible to control overloading on Kenya road network through management at the existing ten static weighbridges. Therefore, a policy shift was made to develop a system of remote (virtual) weigh stations, also integrated to the existing static weigh station, utilizing CAMEA Weigh-In-Motion technology in partnership with AEA Limited. Ten of these virtual weigh stations integrated to the existing five static stations with CAMEA technology to form an integrated system of fifteen weigh bridges, complete with a dynamic 24-hour manned control centre were commissioned. Vehicles determined, through this system, to be overloaded above a critical threshold (initially 20% above permissible gross vehicle weight) are automatically tagged within and across the static weigh stations as well as the Axle Load Enforcement and Highway Unit (ALEHU) for possible impounding and prosecution whenever encountered. This system of fifteen integrated virtual and static weigh station has been in operation from October 2018. This has seen a dramatic and unprecedented reduction in overloading incidences and elevated levels of compliance across the country.

Generally, the pre-selection is performed in order to eliminate long queues at the static scales as well facilitate trade, through faster and easier movement through the weighbridge system, as only those vehicles suspected to be overloaded are diverted, automatically, to the static scales for weight verification. The overall objective, from the foregoing above, is to reduce overloading, monitor the country’s road network as well as collecting real time traffic data for design and planning purposes. According to Eng. Muita Ngatia (Deputy Director, Road Asset Management), all these are realized on Kenyan roads. With CAMEA technology, Kenyan road networks are much better off, and could easily last their designed economic lives.

“We are pleased to report the observed reality on Kenyan National roads. Queues at the static weigh stations are significantly shorter, compared to before implementing the Weigh-In-Motion. The Weigh-In-Motion solution, both at the static and virtual weigh stations, helps reduce overloading, facilitate trade and protects both infrastructure and people in the long run.”

Enforcing the weight limits using WIM technology could easily ensure safeguarding of road pavement integrity and cost-effective economic design life of the road networks. Considering the high cost of putting up road, it is clear that the solution saves serious amounts of money and results in a more efficient allocation of scarce resources, having a positive environmental impact.