There is a typical course of number of speeding drivers after starting to enforce desired behavior through a section speed control installation. Shortly after the system application, the number drops significantly, just to rise marginally afterwards and to stabilize. This leads to reducing air pollution, noise pollution and improving pedestrian safety. 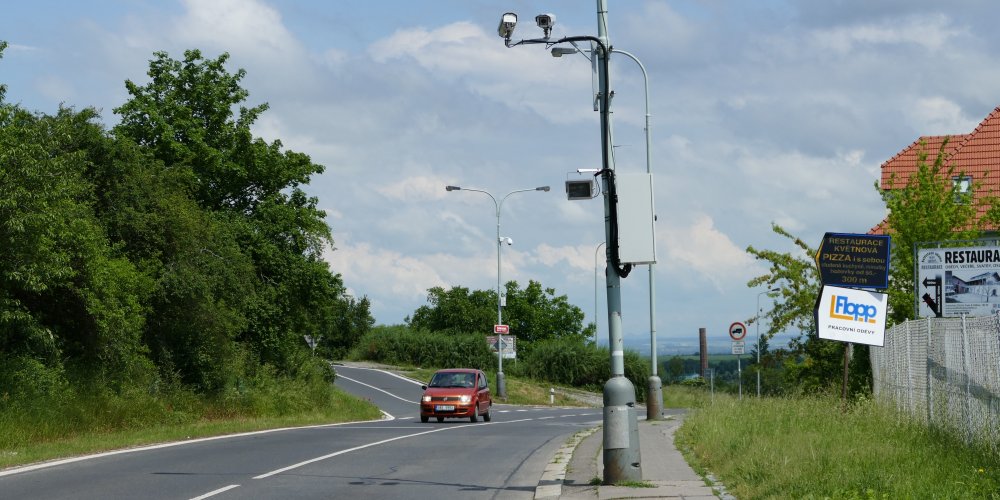 In urban areas, a decision to apply a speed enforcement system comes from a necessity to protect pedestrians and to preserve or to restore a bearable ecological burden at the localities.

Comparing a number of speeding drivers shortly after applying a spot speed enforcement system and after some time, generally it is obvious there is a serious drop of the violators. However, it does not necessarily mean vehicles pass slowly through the whole area where following the speed limit is particularly important. Rapid slowing down approaching the radar or another device and accelerating again after passing the point often occurs and is referred to as a “kangaroo effect”. This phenomenon is possibly eliminated by a section speed enforcement.

Once the driver knows about his speed being monitored throughout the whole road section, it is irrational to perform the “kangaroo effect action” as he is not able to reduce the average speed significantly in a few meters. Therefore, section speed violation data seem to be more valuable when evaluating drivers’ behavior, since it is impossible to outsmart the system. Typical course of number of speeding drivers after the system installation testifies well enough.

The number of speeding drivers is typically reduced by around 80 % within a few months after the installation.

Usually, it can be observed the number of violators drops significantly from a certain figure right after starting to enforce. Following months are a period of drivers adapting their behavior to the fact their speed is monitored. Then the number of violators hits the bottom. After that, a marginal rise and a fluctuation might appear. Named effects are supported by the following graph.

The graph is a projection of the situation in Třebovice, a town in the Czech Republic. Other section speed system installations provide numbers testifying about a very similar course of the observed occurrence.

Applying section speed control in a particular area in order to protect pedestrians and an environment is efficient, as the number of speeding drivers is typically reduced by around 80 % within a few months after the installation.