The World Health Organization ranks traffic noise second among environmental threats to public health, trailing first air pollution. Alongside an endeavor to reduce speed in order to maximize safety or minimize air pollution, noise pollution calls for recognition as another important topic, since it grows significantly with vehicle speed. 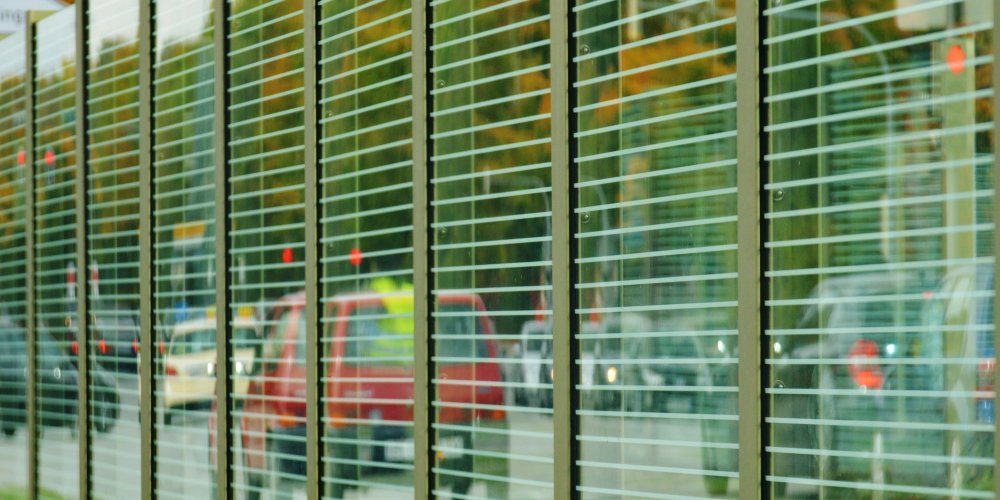 There are multiple side effects of road traffic. Two major ones are usually instantly recognized. Air and noise pollution greatly influence those spending a lot of time near the roads. Though, some suggest the noise is an underestimated factor in effecting human lives negatively. Is controlling speed a functional tool for dealing with this issue?

Reasons to Deal With Noise

Noise can be annoying and disturb various human activities. However, it had not been recognized widely as a negative health impact factor since recently. Nevertheless, the World Health Organization suggests noise exposure can cause health issues. According to the same institution, the noise exposure has a growing tendency, unlike other stressors the institution is concerned with, such as exposures to second hand smoke, dioxins and benzene.

Traffic noise is a major component of environmental noise and can be therefore responsible for stress, poor concentration and lack of sleep or for even more serious matters among which cardiovascular diseases, cognitive impairment and damaged hearing can be named. It has been recognized by WHO as the second among environmental threats to public health, as an estimated 30 % of European population is exposed to road traffic noise greater than 55 dB at night. Also, even remote natural areas are sometimes exposed to manmade noise, affecting the wildlife greatly, resulting in behavior changes and, in particular cases, possibly evolutionary changes (The Conversation).

Instinctively, one would say the noise grows with the vehicle speed. But some went further and studied this occurrence with an intention to quantify it. In a distance of 7.5 m, it appears that 10 km/h speed difference results in the noise level increase by more than 1 dB for each vehicle passing. There is indeed a difference between a passenger car and larger vehicles. Not only do the trucks make more noise absolutely, the noise level growth is greater with the speed increase in comparison with the passenger cars (approximately 1.7 dB per 10 km/h for a truck, 1.2 dB per 10 km/h for a passenger car) (Deok-Soon An; Byung-Sik Ohm).

If aiming to reach as quiet traffic as possible, there are three main factors needed to be taken into consideration. Apart from speed It is an engine, tires and a road pavement type. At low speeds, engine type influences the total noise greatly. The significance of other two factors increases with growing speed. Road pavement becomes dominant particularly at high speeds.

Asphalt pavement is quieter than the joint concrete one, with slightly smaller influence of the noise level rising with vehicle speed (Deok-Soon An; Byung-Sik Ohm). It plays a significant role in producing traffic noise especially at higher speeds. At low speeds engine type is an inconsiderable factor too. There is also a significance of the tires which is growing with the speed.

Ways to Confront the Noise

Technological progress contributes to partial elimination of traffic noise sources. By some estimates, passenger cars are less than 20 percent as noisy and trucks even less than 10 percent as noisy as those produced 30 years ago. Nevertheless, the fight is not over. The trend of electric vehicles might seem to help solving the matter of noise. But is the effect really that significant? Engine type is a significant noise production factor at low speeds. In areas where speed does not exceed 40 km/h, the noise will be reduced to a serious extend by driving strictly electric vehicles. At higher speeds though, other factors, such as tires and pavement, become dominant and the electric engine doesn’t make a big difference (Clean Technica).

Replacing current tires and treads with new technologies is most probably not happening any time soon. The most accessible approach then is to make sure cars don’t exceed the permissible tolerance, as there is a positive relation between vehicle speed and produced noise. It is particularly important at populated streets with high traffic density and other specifics. The so called street canyons (streets flanked on either side with tall buildings creating a structure that's similar to a canyon) are a perfect example of vulnerable areas. Enforcing following speed limits is an efficient solution. For instance, applying CAMEA section speed measurement technology results in a serious drop of violators in a few months after the system installation. The situation is demonstrated by the graph below. Experience from tens of installations testify about a similar course.

Road traffic noise can seriously damage human health. It grows significantly with the speed of the passing vehicles. The sound is created mainly by the engine, the tires and the road pavement. At low speeds, electric vehicle usage might be an answer as the engine is quiet. Nevertheless, at higher speeds, tire and pavement factors become dominant at making noise, while these are harder to influence. In order to preserve a bearable noise level, speed needs to be kept down. The best way to achieve it is by implementing and enforcing speed limits.